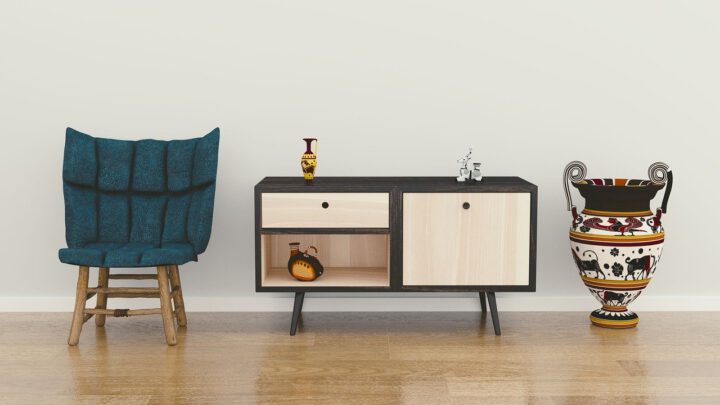 Directions and Readings of Eight Mansions on Compass

See this page more as a reference. How does it work?
Look with a Compass (e.g. on your phone) which direction it indicates when you stand in the doorway and look straight out. That is the facing you need. The sitting is 180 degrees opposite the facing.
Now that you know the facing direction of the door you can easily see the good and bad sectors of the house.
Use these sectors wisely. If you have any questions, contact me. I am happy to answer them. Good luck. 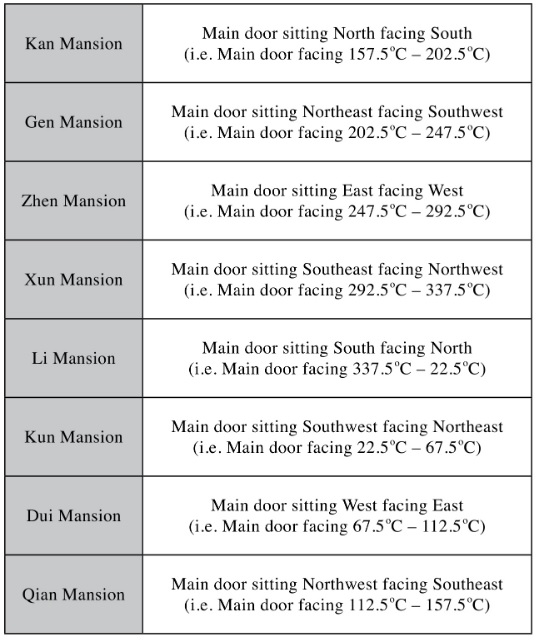 Four Favorable and Four Unfavorable Directions of Each Mansion

Auspicious and Inauspicious Direction Chart of: 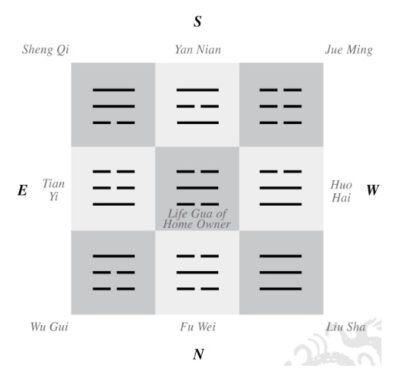 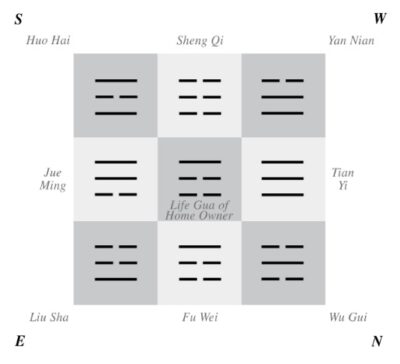 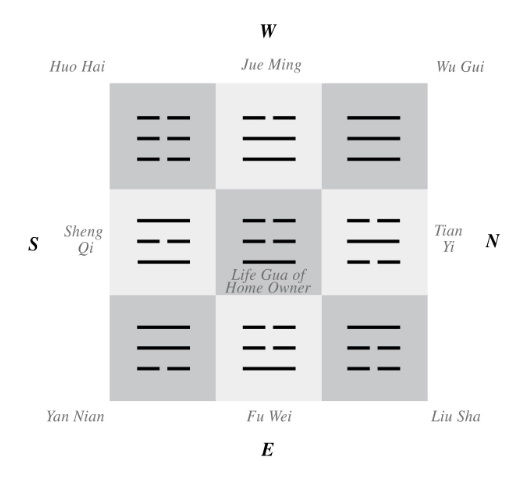 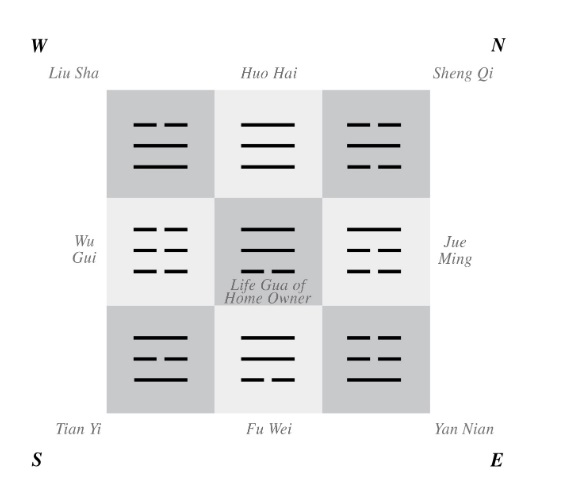 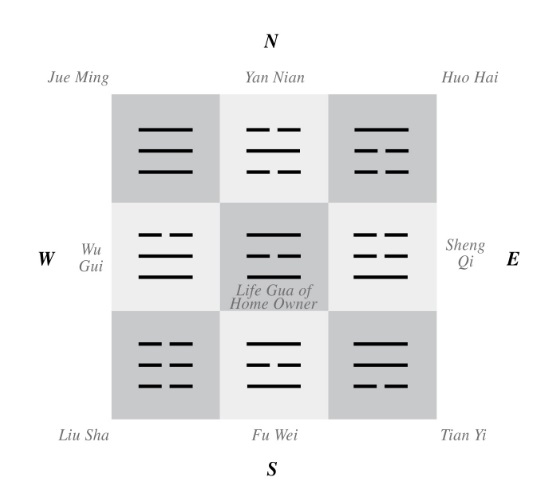 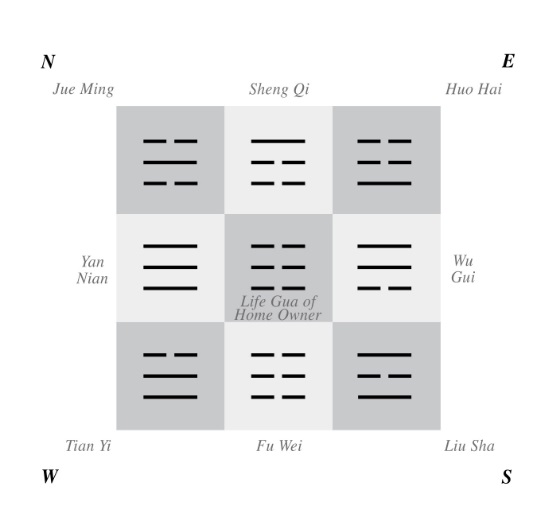 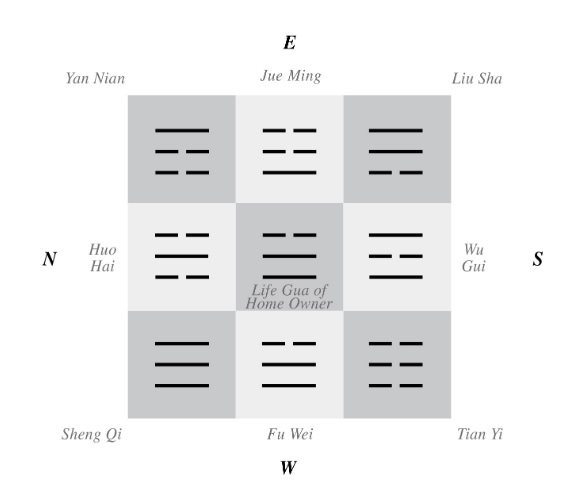 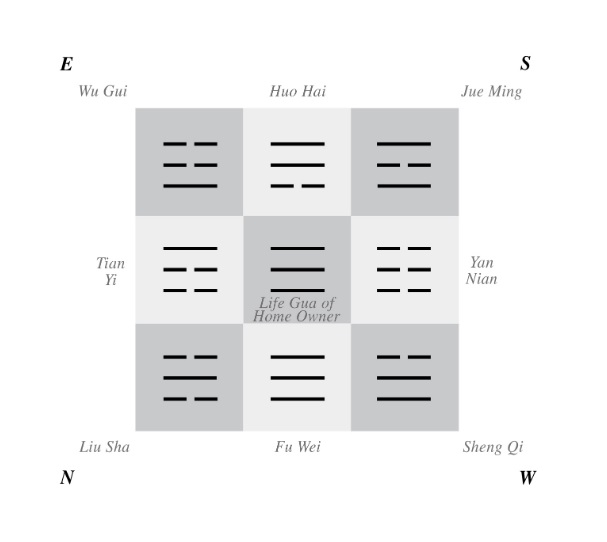 After locating the four favorable and unfavorable directions for each of the eight mansions, we should understand the usage of them in shops and offices for interior feng Shui orientation.

Tian Yi, Liu Sha and Wu Gui are the directions that require the most attention for fen: Shui set up in offices as Tian Yi is the wealth sector, Liu Sha is that for interpersonal relationships while Wu Gui is the inauspicious location that causes illness, diseases, conflicts and mistakes.

Usage and Order of the Auspicious and Inauspicious Sectors

Pu Wei is the stable direction that is most satisfactory for the boss to be used in a well-established company. It is also a good sector for those directors who has already handed over the business onto the sons and daughters but would still like to be in the office even if they don’ t take active role in operation. Other important departments like accounts department or personnel department may use this location, too.

Yan Nian and Sheng Qi are auspicious sectors that may be used by the accounts department, personnel department, department or other important departments. 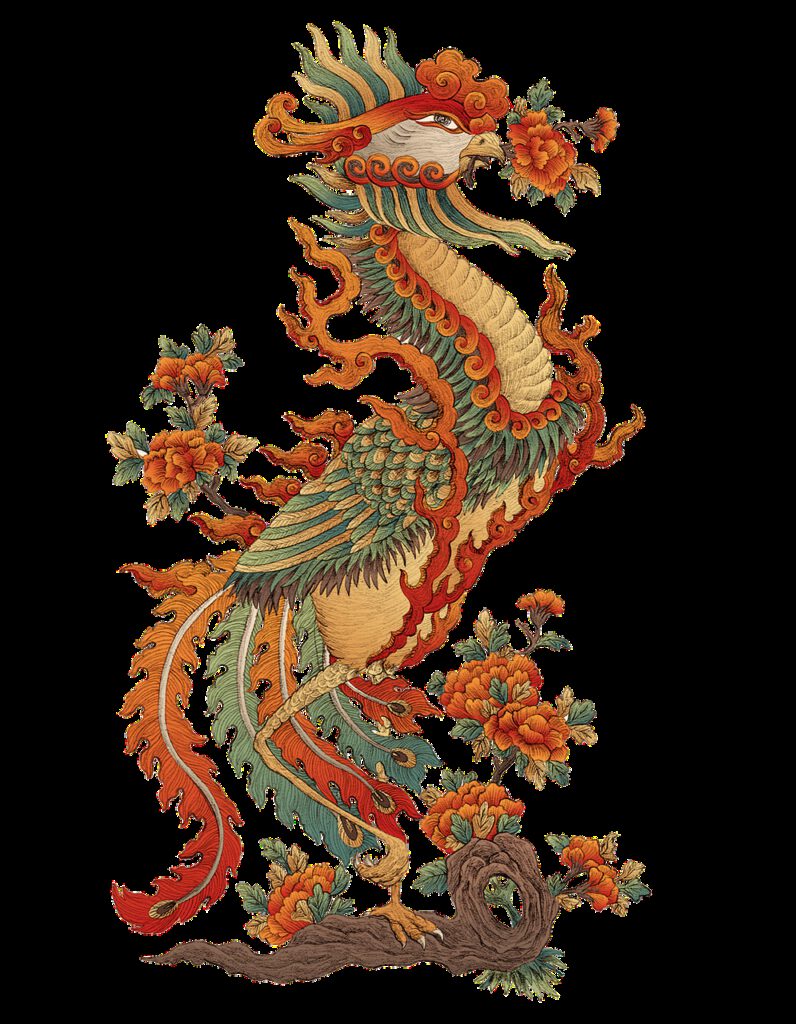 Jug Ming and Huo Hai are ordinary sectors that carry neither auspicious nor inauspicious attribute. They may be assigned to the clerical staff who handle files and documents. pantry, washrooms or archives may be orientated to here.

Wu Gui is the most inauspicious the use of pantry, photocopy room, sector that is rest room or conference room be here. Only suitable for other unimportant departments such as positions for post deliverers. This is because they don’t have to be in the seats all the time and thus will have only limited effect caused by the negative energy.
However, if other staff are placed in this sector, they will often fall sick or make mistakes and will then get sacked. If the boss sits here, he will become short-tempered, impatient and often blames the staff. If the management team is seated here, they will inevitably make among decisions.
Although Wu Gui is often used to be a conference room, it is not appropriate to orientate the entire room within this sector. Otherwise, the  attendees will stick their guns and not able to work out a compromise. A good design is to include also the wealth sector, romance relationship sector stable sector, auspicious sector or ordinary sector in the conference room. The strategy for a successful business meeting is to sit the boss in the favorable sector and the client in the inauspicious place. 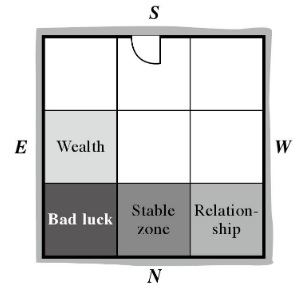 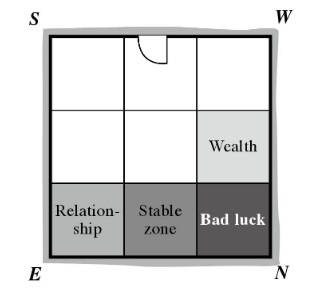 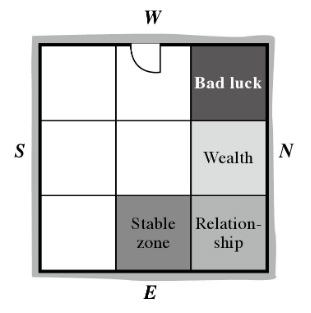 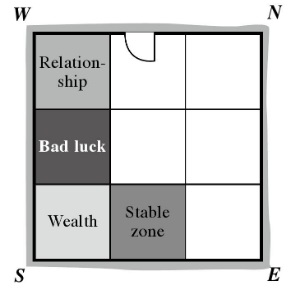 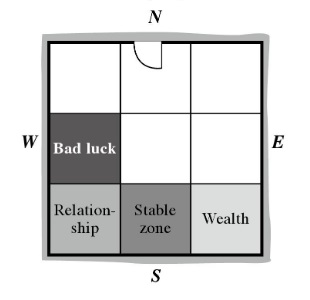 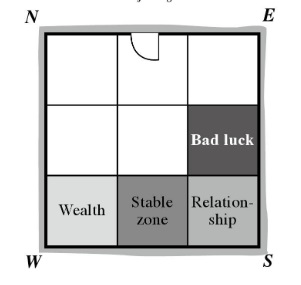 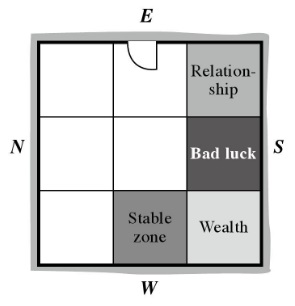 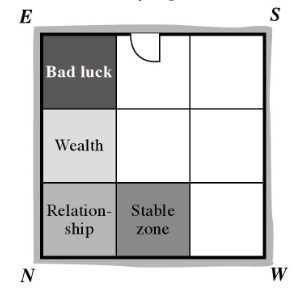 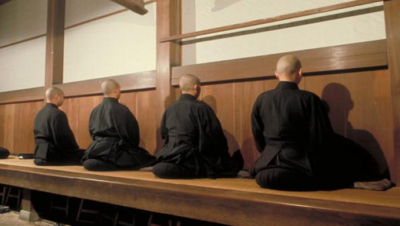