Add good Things To “I AM”

I interpret the Bible psychologically, rather than theologically. One of the prophets in the Bible said, “Let the weak say, I AM strong.” (Joel 3:10)
Now, let’s talk about these mystical words. “I AM.”
Whatever you add to “I AM,” that is what you become. That’s why I am against anybody teaching the so-called poor people to say, “I am poor.” You know, it has become somewhat popular, it has become somewhat of a stylish cliché, if you please, to say, “poor people.”
If you don’t want to be poor, stop defining yourself by that word. Define yourself as prosperous.
When you say, “I am poor,” that is your self-definition. That is your self-awareness – and you are never going to be able to experience anything better than, or anything other than, your own self-definition.

Watch Out For Labels

Whatever you want to be, define yourself as that. If you’re poor and you want to stay poor, keep saying, “I am poor.” And don’t grumble because you are poor.
You have to reject all of the nice, neat, sociological labels which are pinned on you by society.
Then there’s another nice, neat label, “failure.” But anybody who has been exposed to my Ministry can no longer claim he is “a failure.”

Whatever you add to “I AM” that is what you become

If you want to learn more about this. Get our free eBook 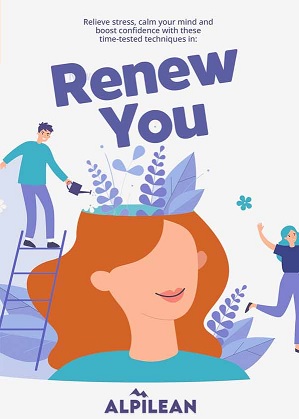